Many of us have become those with no ear to hear. The Church (or those who so claim) is sick because she is disconnected from the Way (Torah) that the Way (Yeshua) taught of.

Have you heard the account of Joseph? In case you haven’t: Joseph was sold into slavery by his brothers after he’d revealed he’d had a dreamed that he would one day rule over them. This account can be found in the book of Bereshit (Genesis) chapters 37-50. This is a very popular account taught on a many of occasions. It provides encouragement as ministers extract principles and lessons from Joseph’s experience. “It ain’t over ’til it’s over.” “Your setback may be a setup for victory!” “What the devil meant for evil, God means for your good.” “He makes all things work together!” The list goes on.

Another perspective people tend to take when reading Joseph’s story is a very “me-centered” perspective. “Sometimes, you can’t tell everybody your dreams.” “Some of y’all got some haters acting like they’re your friend.” The emphasis quickly becomes Joseph or ‘us’ reading the story. Every other person becomes an extra in the story of Joseph. If we read Scripture this way, we will always walk away with a partial understanding or none at all.

Joseph’s story has little to do with dreams or personal victories. Joseph, like others read about in the Bible, is a small piece in the major scope of Scripture. No one’s story is ever just about them. To some extent, I think we know that — in a very general sense. However, I don’t think we know that within its proper context.

If we continue reading Joseph’s story, we find that his experiences positioned him to help all of Israel. Additionally, he was able to reconcile and be one with his brothers again (which nullifies the me-centered, hater sort of perspective). See, every account, parable, and ‘character’ will always relate back to the grand picture of YAH’s relationship with Israel.

We have to begin reading all of Scripture in this light. Let me demonstrate the importance of this.

Preachers know that Yeshua (name Aramaic and Hebrew people called the Messiah) used parables to deliver deeper truths to the people listening and will use this approach to illustrate ideas they’ve extracted from a text.

However, it quickly becomes an issue when the message, Scripture, and illustrations are filtered through our culture that is already counter-Scripture. I came across a post on Facebook once that shows the juxtaposition of Hebrew thought and Western (Greco-Roman) thought. Here are a few examples:

My desire in writing these blogs about the Torah is to strike curiosity in your mind about Scripture. This is enough to bring someone closer to truth. I walked very devotedly in Christianity for 20+ years of my life. So, I know the ins and outs of the objections of some of the things I may present via my blog. This is to say, I understand. My blogs are never to shame readers who may still consider themselves Christians. Instead, it is to challenge your perspective and encourage you toward deeper truths. For something is only as strong as it is challenged.

Some will say knowing the culture of the Hebrew people is unnecessary. “We’re not meant to be Jews.”

First, we need a better understanding of the concept of culture, especially as it relates to Scripture. Mostly, we understand culture to be the traditions, foods, music, holidays a group of people hold to. While we can certainly identify those things in Hebrew culture, what we observe of Israel and their interaction with YAH recorded in Scripture is not simply “their culture” — especially not in the same way we understand culture today.

So, what’s the difference?

The Torah (first five books of the Bible) contains a way of life. Even more — it is THE WAY of life. It is literally how life/nature operates. It reveals the character and nature of YAH. Hebrew culture is built on, recorded, and encompassed in the Torah.

When Yeshua said, “I am THE WAY, the Truth, and the Life,” He was making Himself equivalent to the Torah. He was saying I am the Torah — the written ideas of YAH — made flesh.

In the Greek, the word for ‘Word’ is logos. Logos means ‘divine utterance’ or ‘expressed idea.’

So, how can we expect to understand what He taught if we are unwilling to study the very ideas from which He taught?

Second, the culture we are engulfed in today is a syncretism of various ideologies that make YAH pluralistic, dualistic, and watered down. A lot of the traditions — if not most — observed in Christianity are due to a mixing. They have been observed due to many concessions and manipulations made by the early church (when it linked with Rome’s government) in order to “tame” the pagans of their time. (Read more about it here: http://hoshanarabbah.org/blog/2014/05/21/how-the-church-divorced-itself/). So, the very theology many of us defend was not originally ours to begin with.

The messages many of us extract from Scripture is counter-Torah or are incomplete applications of Scripture.

When Yeshua told parables, they were always directly related to the Torah. It created a picture that derived from the foundation. If those that heard were not truly connected to the foundation, the root, then “they did not have ears to hear.”

Many of us have become those with no ear to hear. This is not really our fault. We’ve passed down information gained by those with a genuine desire to know YAH and commune with Him. Regardless, the problem in Christianity is we’ve assumed there is little relevance to what Yeshua taught (Torah) because “it was just their culture.” Nah. It wasn’t just culture as we understand it — it was the way of life! Their whole culture is built on the Torah. The Torah is the foundation of Hebrew thought.

Problematically, the Church has divorced itself from anything Hebrew and has lost proper interpretation and foundation of Scripture. How do you know?

It is time for us to truly understand and apply Scripture.

The Church (or those who so claim) is sick because she is disconnected from the Way (Torah) that the Way (Yeshua) taught of. As long as we keep applying society’s idea of religion to our lives and study of Scripture, we will never walk in the fullness of intimate communion with Him.

Be sensible. Be fools. 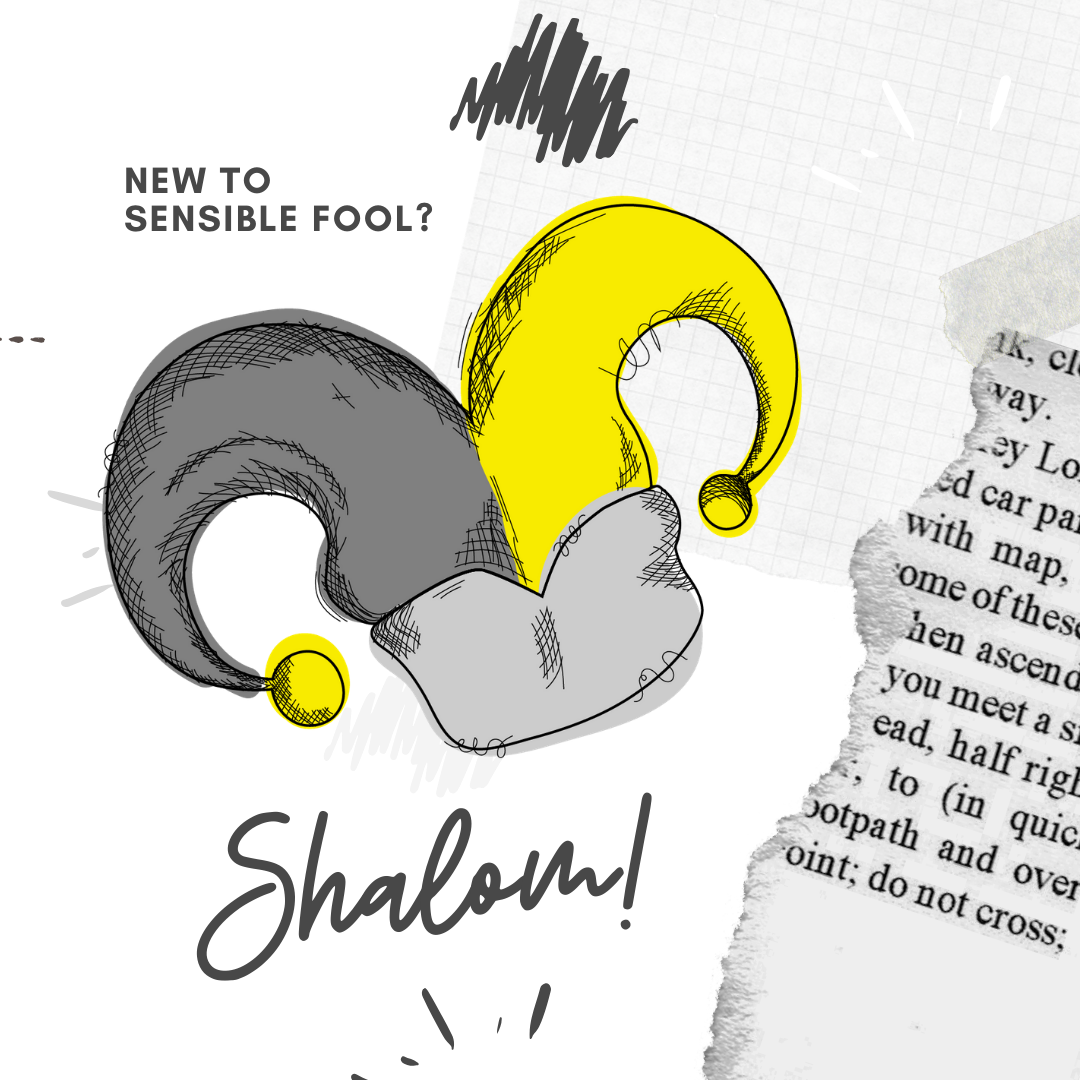 CATCH UP ON THE FOOLISHNESS